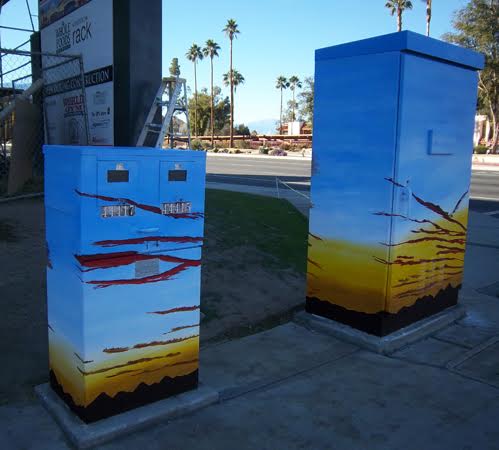 Jeni Bate lives in Salton City, California – though she grew up in Wales.  As a child, she enjoyed painting, but as a teenager art gave way to academics.
In 2001, Jeni was working on photography but soon had an epiphany: “Now, you have to paint!” .
The sky is her primary subject – both now and in childhood paintings.
Jeni began painting in watercolor, subsequently adding acrylics and oils.   A series of errors progressed into her signature refractured watercolor technique.  She later met quilters who likened her reorganized images to ‘refractured quilting’, so she stole the word.
As the years have progressed she developed her technique to meld acrylic with refractured watercolor and frequently adding poetry, written for and included in the painting.   Her work continues to develop towards more abstract compositions.
Nevertheless there has still been the time to add teaching, commission painting and murals to her list of services.

I have painted three signal boxes in the Coachella Valley, had 4 vinyl wrapped in DHS and painted or collaborated on three murals in Salton City area.  I have painted a wood bench and created several other painted/3-D artworks for other non-profits. 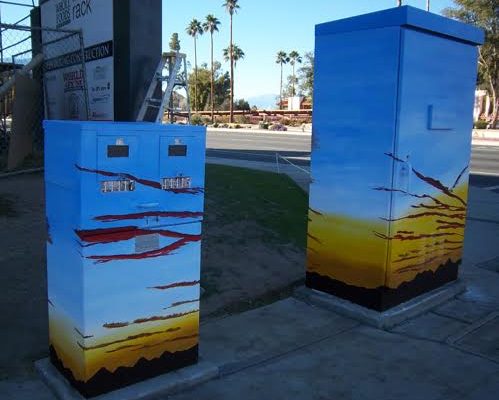 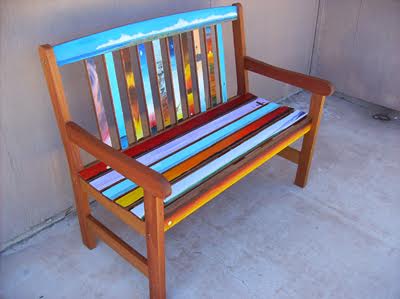 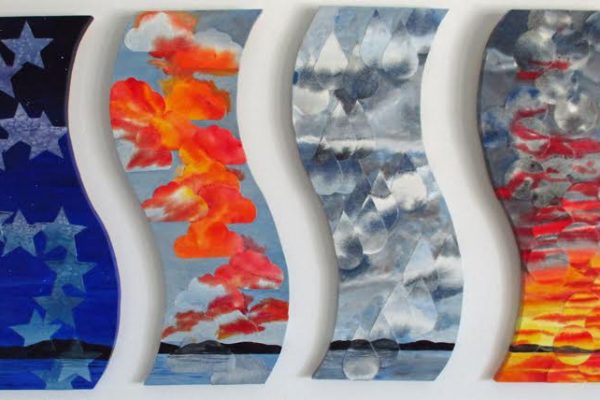