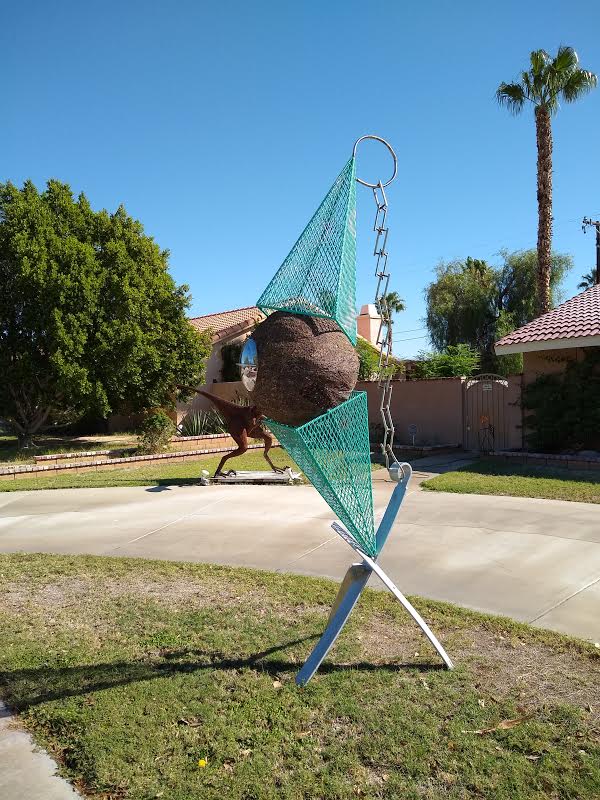 Jeff’s passion with the arts began as a young man. Having worked in the construction industry in his high school years, Jeff went on to start a family before joining the US Army in 1995 as a helicopter mechanic for the 82nd Airborne Division. While there he began to make furniture for his loving family back home. His first original art piece was an Artist Pallet Coffee Table made from rock maple and blood wood. After serving as a Veteran of Foreign Wars and being awarded a NATO Peacekeeping Medal, Jeff returned home and formed JC Howe Construction in 2001 with a niche in high end custom cabinetry.

It didn’t take long before his clients realized how skilled he was they began asking for more intricate works than basic cabinetry and construction. With a passion for utilizing different woods found the world-over he expanded his extensive self-taught carpentry skills into creating several one-of-a-kind furniture pieces that possessed both functionality and exquisite design.

His passion with art continued while vacationing with his wife for their anniversary in 2010. A visit to the Elvis Presley Estate led to the evolving artist being commissioned to create one of the most iconic pieces in Palm Springs: a 9 feet tall and 6 feet wide silhouette of the King that was mounted on the chimney of the estate, designed and expertly welded by Jeff. His piece gained international recognition being broadcasted on California Gold with Huell Howser, French Vogue, and Japanese NBC Television. This opportunity renewed his passion for the arts, igniting a deeper desire to create more than just functional art out of waste.  Jeff currently resides in Palm Springs, CA with his loving wife Crystal and their two sons where he carries on the Yankee carpenter tradition of recycling all materials, taking what was once old and creating surrealistic art from it.  Jeff is very involved with various charities that he feels are important to pay it forward too. Besides various charities he has donated art work, money and time too. He is passionate about giving to Cancer research and giving to the community in schools and after school clubs. He has built a ten foot sculpture named Don the defender of the arts. Don is constructed with an old elevator parts and various metal scraps. Don Made his first stop on a tour to defend the arts in schools, at the Muezo Museum in Anaheim March of 2015. Jeff has had a few of his large sculptures visit the Muezo museum many times after. His sculptures continue to make tours to benefit various charities. This has always been the plan for some of his art pieces. Jeff plans to spend his life keeping the arts alive not only in his own life, but in our future for everyone. 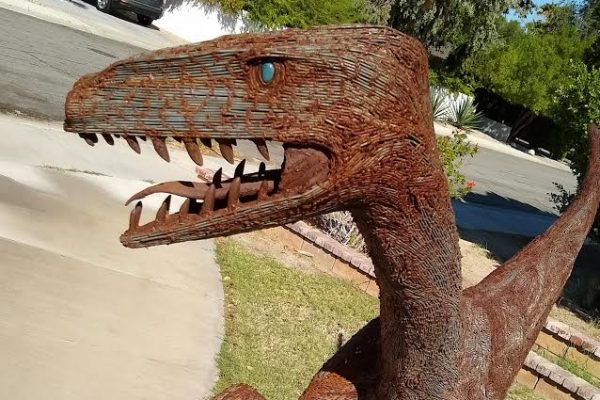 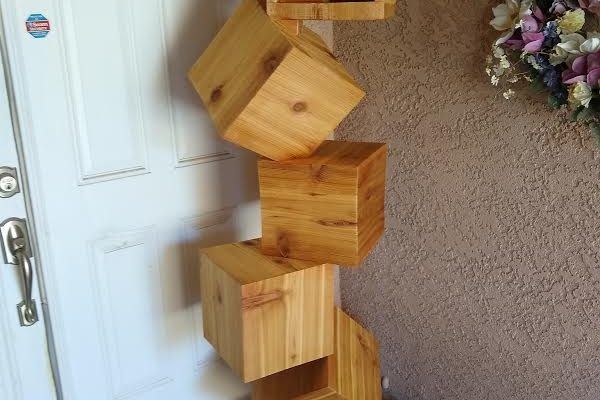 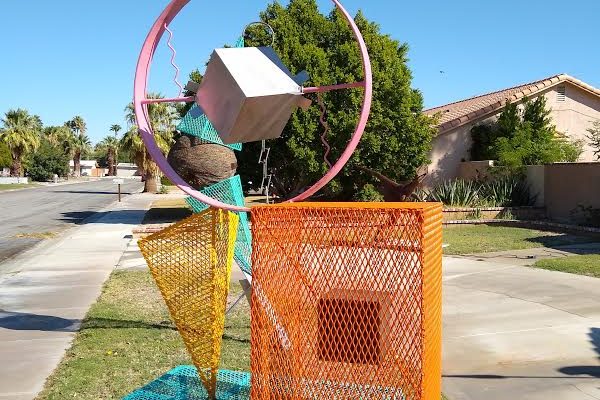