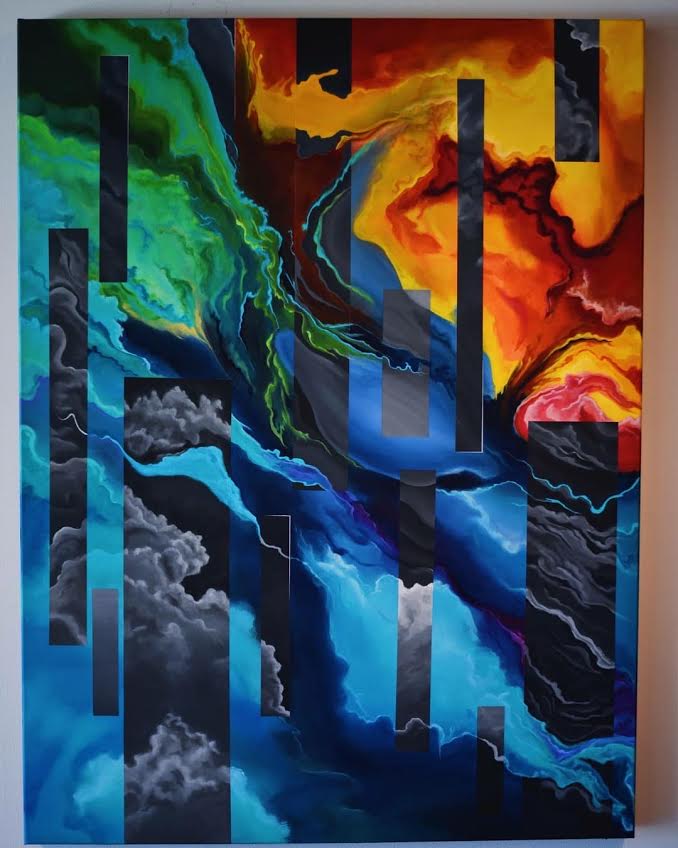 Born and raised a Los Angeles native, Efrain Gutierrez derives the influences of a region known to many for its allure in culture, art, and architecture. He constructs a unique blend of techniques which he implements in his pieces. From a young age, Gutierrez took practice in drawing surrealist pieces, balancing normality and disorder, sometimes even bordering on the macabre and morbid realms. As he became older and more experienced, his techniques took on more polished and evolved forms. Intricacy and attention to detail became consistent and what once began as a pastime segued into a lifelong venture vitalized by passion, obsession, and instinct. Gutierrez places an emphasis in entropy, momentum, and buoyancy in his pieces as he works with acrylic paint, his commonly used medium. His work eventually brought him to the Coachella Valley where new influences and prospects would allow him to reinvent himself and take on new challenges. Gutierrez’s work soon began appearing throughout the desert in homes and wall murals. He continues to work daily in honing his skills and his craft while also keeping up with an ever-changing world, eager to accept challenges that will keep the wheel of innovation turning. 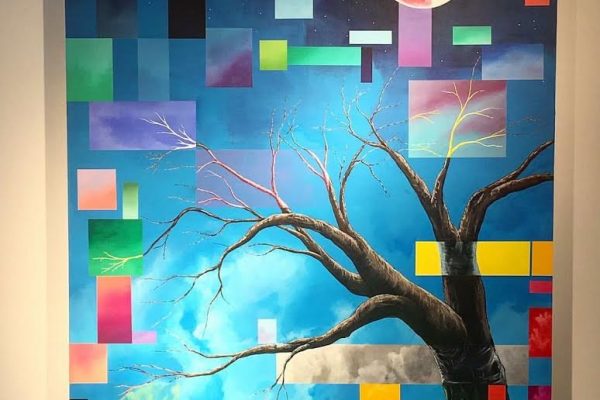 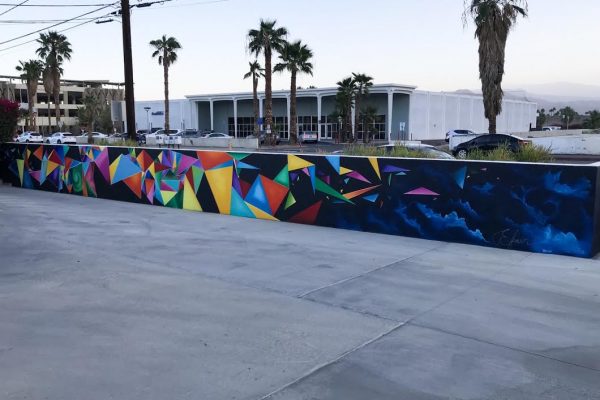 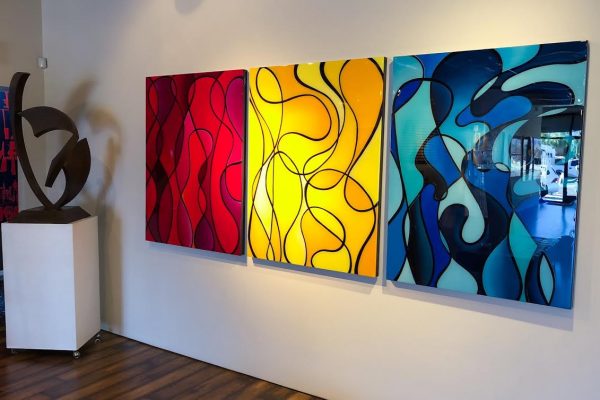 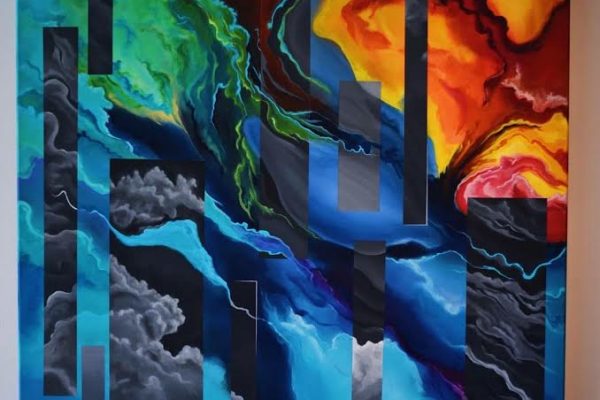